Twitter has exploded with rumors of a 3D movie starring Justin Bieber, and we have pictures confirming its coming!

Earlier today (December 1), a concert in Toronto, Canada on the Believe Tour had this sign posted out front. After being seen on bieber-news.com, this photo got posted to Twitter and, of course, fans are going crazy! The sign reads “Believe 3D Movie Inc. will be filming and/or videotaping in this area today.” I mean come on, how much better evidence do you want?! 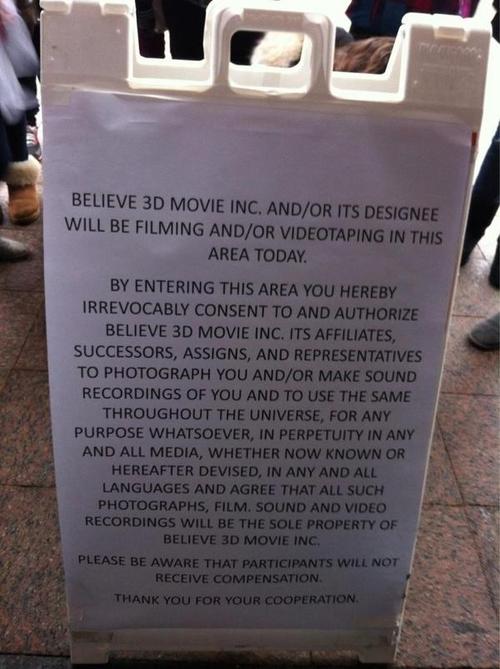 “They’re recording some fans outside for the new movie,” @AlexCruz0 said. 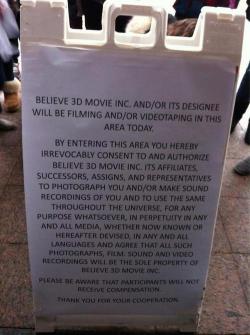 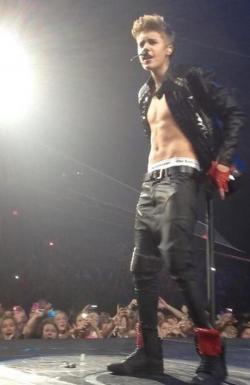 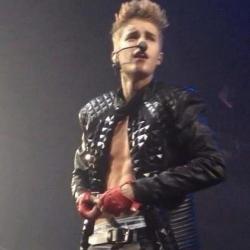