Is Wreck It Ralph Worth Seeing in 3D?

I walked into the theater. Late, of course. And almost every seat was taken accept for a few in the very front row, of course.

And considering this is a Disney Pixar movie we are talking about, most of the people taking up all those seats were 3 or 4 feet shorter than me. Which brings me to my first point:

I don't care how old you are, you will thoroughly enjoy this movie

Yes, Pixar has done it again. The main character, Ralph, will instantly capture your heart as a video game bad guy who isn't a bad guy. He sets off in the pursuit of a better (or at least he thinks better) life, but ends up throwing the interconnect arcade of classic and modern video games into turmoil.


The rest of the story is so interesting, so action packed, and so enthralling, that I didn't eat a bite of my $5 popcorn. I'll let you go see the movie to know what I mean.

Lets move on to the 3D effects. Wreck-it Ralph was a movie that was made for 3D right from the start. The way the scenes are laid out and story is portrayed make it almost necessary to use that extra dimension. And, I am happy to say, it was done very well. Most of the 3D effect is noticed as depth, not the usual shoot-something-at-your-head and pop-of-the-screen thing. Yeah, there are a few times the gun toting heroines swings her rifle across the screen for a dramatic pop-out 3D effect, but the depth is the truly staggering feature of the movie. To be able to look inside the arcade games this way is quite wonderful. I just couldn't imagine it any other way. So, to sum it all up:

Wreck-It Ralph is TOTALLY worth seeing in 3D!

And is totally worth seeing overall! Get your tickets at Fandango now. 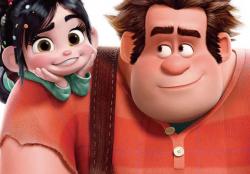 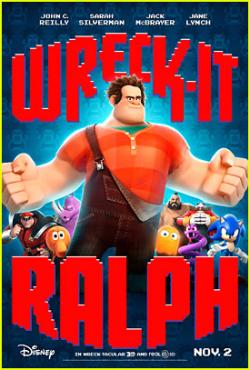