One thing I have never fully understood is why so many people get their knickers in knots over the authentication of classic art.

It sounds ridiculous, I know, and you’re most likely wondering in you went to the correct website, but yes, thanks to 3D technology, people can finally pick their wedgies and get their art authenticated with insane accuracy. 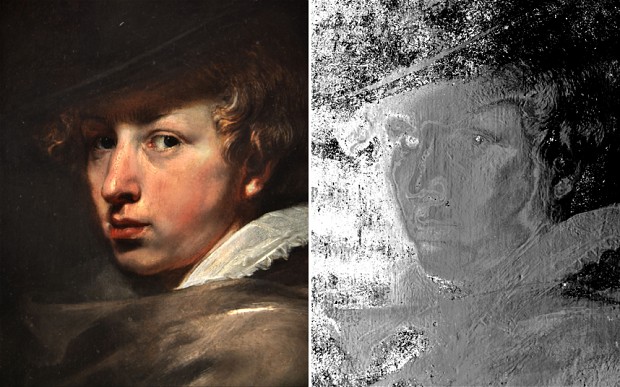 For centuries it was thought that this portrait of the Flemish artist van Dyke was created by his teacher, a master painter, Peter Paul Rubens. Recent scientific findings, however, have led scientists and art collectors to believe that it was a self portrait! This is big news to the art community. A total game changer for curators and other museum people.

But the surprises don’t stop there. We all have heard of Michelangelo, right? The statue of Pieta di Palestrina, which depicts two figures holding the body of Jesus Christ, was thought to have been carved by Michelangelo in around 1555. But no. Turns out half was done by him, and the other half by someone else, most likely a pupil. We don't even know the poor guys name. 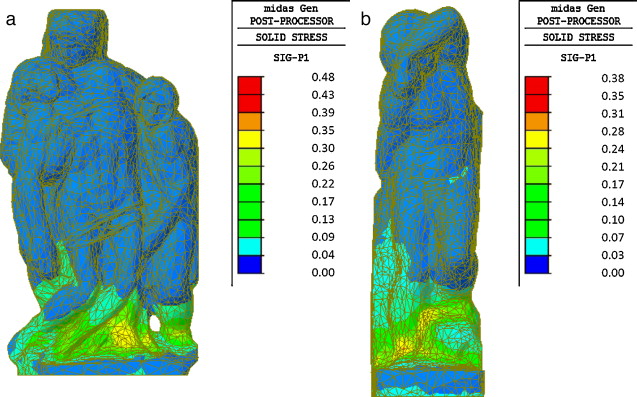 The little device that is causing such a roar in the art world is called the Minidome; developed by a British consortium led by 3D Confrom and engineers at the University of Bonn.

A Minidome uses 198 lights to illuminate an object from many different angles. It then uses eleven cameras to capture pictures of the object as it rotates. A 3D model is then created on a computer using those 25,000 images.

In both cases, the scientists used the 3D images gathered during the scan to identify brush strokes and chisel marks that were not consistent with the artist the art was originally associated with.

Van Dyke was known for layering, and his inability to leave a piece in, well, peace. He constantly revised his work. This resulted in very thick, complex brush strokes and patterns. Rubens, by contrast, was known for painting using a premeditated plan. So there was very little paint on the canvas in comparison to van Dyke.

So there. All you little curators and art collects can rest assured. If you have any questions about your art you no longer have to take it to the Antiques Roadshow, just call up the dudes with the Minidome. They’ll authenticate it no problem. Unless, you have fake. Then they’ll tell you, you’ll feel bad, and then you can write us because it would make a rather funny story. 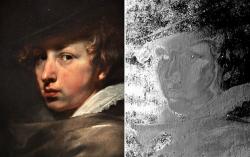 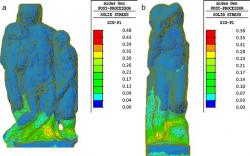