NLT Technologies has prototyped a new naked-eye low-temperature polycrystalline silicon TFT LCD display that has six viewpoints and does not compromise 2D resolution.

Traditional LCD displays have three (red, green and blue) sub-pixels arranged in a stripe pattern, which make up one pixel. So, to display a 3D image on a 'normal' LCD display, a manufacture must use at least two pixels for displaying one pixel of the 3D image; thus reducing resolution by half or more. This sucks!

With HDDP, two horizontally-arranged sets of RGB sub-pixels constitute one pixel. The density of horizontally-arranged pixels is twice as high as that of vertically-arranged pixels. As a result, it becomes possible to display a 3D image having the same resolution as that of a 2D image.
While HDDP displays a 3D image with two viewpoints, the HxDP displays a 3D image with two or more viewpoints. This is caused by using as many sub-pixel sets as the number of viewpoints for each pixel. In other words, the density of sub-pixels triples for three viewpoints and increases six times for six viewpoints. I know this is a lot of information, but just keep reading! 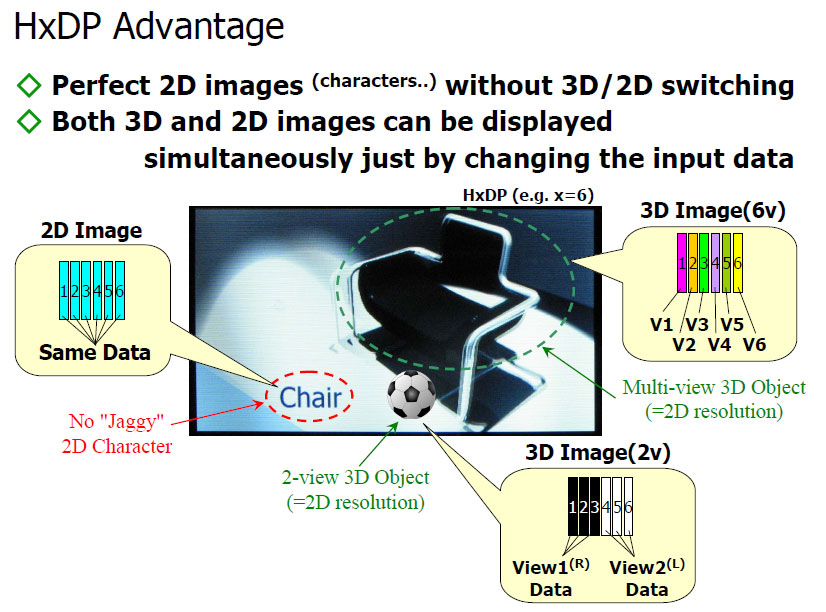 NLT Technologies used kinematic parallax so images being viewed are different depending on the angle from which a 3D image is viewed. As a result, the stereoscopic effect of 3D images was increased, the company said.

NLT Technologies will exhibit the prototyped display at SID Display Week 2012, which will take place from June 5 to 7, 2012, in Boston, Massachusetts. The company aims to commercialize it by 2013. Interestingly, The company expects that the display will be employed for high-end industrial instruments. And you all thought it was for a phone 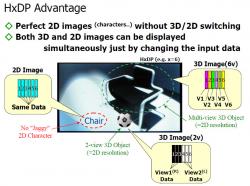