It seems like new Kinect application have been coming out left and right recently. They are all so cool its tough to pick which ones to try out! The newest application is Handy Potter, which lets you create 3D objects simply by making their outline in the air. For those of us that suck at using 3D design software, this is a huge deal!

3D input has always been a big problem. If you want to create a shape for manufacture (by a 3D printer, for example), then you have to learn to use CAD or some other 3D software, or pay someone to do it.

These Purdue students had a thought. If humans have been making 3D objects from clay for (literally) thousands of years, why can't we use our hand to form 3D objects on the computer? What they came up with could be the first big step into letting anyone make 3D models. 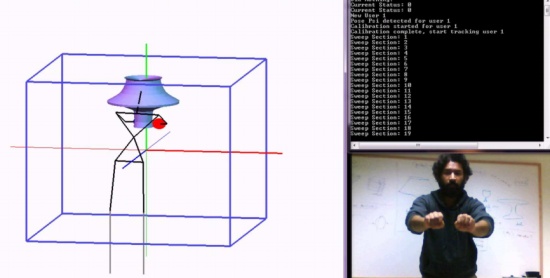 Kinect can tell where your hands are in space, so its easy to add a 3D object creation routine. You simply wave your hands in the air following the contour of the object you want to create; it then appears on the screen as a rendered solid object.

"We're democratizing the design process," says Karthik Ramani, professor of mechanical engineering at Purdue. "You don't have to be an engineer or an accomplished potter to use this. You can be a kid. You create the shape while you are completely focused on the idea rather than bothering yourself about the right usage of the tool." 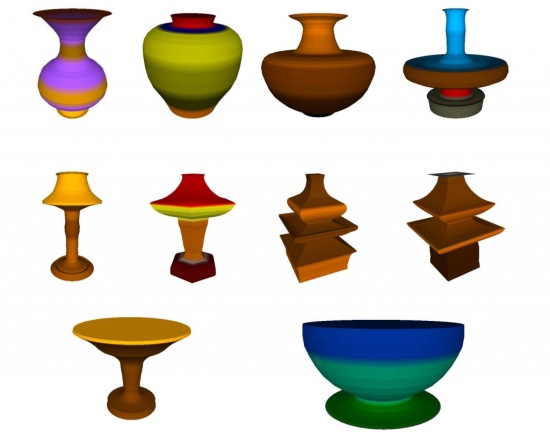 Its seems like a good idea, at least for getting a rough object into the CAD system for refinement. The only restriction is that the objects you create must be symmetrical (like pottery), but that could be changed later. It's called Handy Potter because it converts the outline into a solid of rotation - just like a potter's wheel produces. See the full paper for more details.

The project was also the winner of the “All-Conference Best paper of ASME IDETC CIE 2012” award. 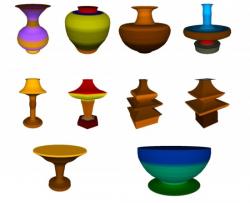