What would you do with $55 million, four and a half years, and (probably) 55 million mouse brains?

Well, for starters, a team of scientist led by Michael Hawrylycz (from the Allen Institute for Brain Science in Seattle), mapped the human brain in 3D.

Personally, I would have taken the $55 million, bought a big shipping container, put the mouse brains in there, shipped it to the France, and then taken the rest of the money and spent it on a Maserati (or two), a european tour, a (big) boat, and two Great Danes named Atticus and Arpeggio.

But thats just me. 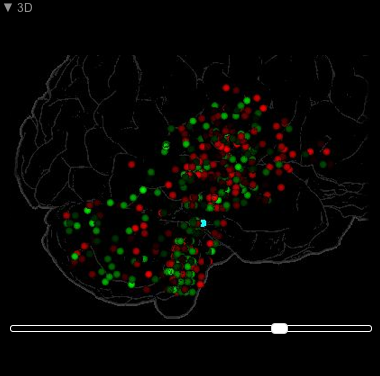 But, in all seriousness, the Allen Brain Atlas is quite remarkable and is a tremendous feat for any scientist in this age to accomplish. The project has taken quite a while, it started back in MArch of 2008, but is finally complete.

The Allen Brain Atlas is used primarily to show the level of gene expression in the brain and how it is involved in normal and abnormal brain functions of a human. Using over 60,000 gene expression probes (I have no clue what they are) and 900 subdivisions (again, WHAT?) the scientists were able to map the brain in such a fashion. If you care to learn more about this fascinating discovery (also rhymes with waste of money. Just kidding!) click here for the really big and detailed science words.

So go play with your brain in 3D! Go to www.brain-map.org.

(Here is where the 55 million little mouse brains come into the picture. I’m just estimating here, but it took a whole lot of mice brain mapping (55M) before they could map one of ours.) 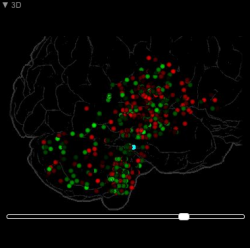