I had the pleasure of checking out the new Avengers movie in 3D over the weekend, directed by Joss Weadon. The Avengers, for those of you who weren't total comic geeks, is a team of Super humans assembled by Nick Fury of S.H.I.E.L.D (Supreme Headquarters, International Espionage, Law-Enforcement Division), who are brought together, in this case, to defend earth against the evil Loki and his army from another universe. The team includes Iron Man, Captain America, Thor, Black Widow, Hawkeye, and The Hulk.

So there's the back drop. I have to say I was skeptical that any director in 2 hours 22 minutes could put together a cohesive story with so many characters in any believable, non-rushed way.... But I was wrong. The pace and characters were well balanced with the classic back story, character interaction, and humor that one who is drawn to Marvel Comics is bound to recognize. Even the comic novices that went to see the flick with me had no problem being drawn into the story line. Oh - and guys, for skintight full body plether, I'll always nbe a Kate Beckistall man, but Scarlett Johansson gives her a run for the money in this one - and in 3D. Just sayin'.

On the 3D side, I was initially struck by the lack of gratuitous cinematic tricks to "prove" it was 3d. No garden hoses, unexpected objects thrown at you or the ever classic paddle-ball technique, just a pure 3D emersion. That's not to say the movie was flat - quite the contrary - the effects are very good, just more natural and unforced. Suffice to say you will know EXACTLY what it feels like to have a Red Headed Russian point a .45 at you skull.

But that seems to be exactly Joss Weadon was looking for:
"The Avengers isn't obnoxiously 3D. There's no, 'Oh look, we're going to spend 20 minutes going through this tunnel because it's in 3D!' And no one is pointing at the screen the entire time. But it's an action movie. Things tend to hurtle toward the screen anyway... I'm not a big fan of extreme long lens, talky movies - I like to see the space I'm in and relate to it, so 3D kinda fits my aesthetic anyway. And the technology has advanced so far in the past couple years."


(Put on your red blues)

In the final battle scene I think you will appreciate the power of the what Weadon was going for. The integration of live actors with the CGI animation combined with the 3D art and sound literally made me unconsciously say out loud, "Wow, this...Is...Awesome." The movie became every book I read as a kid - come to life. That was so worth 10 bucks. 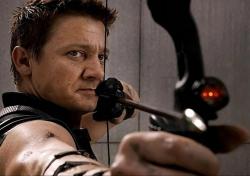 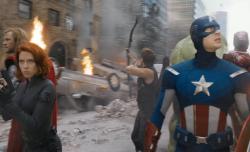 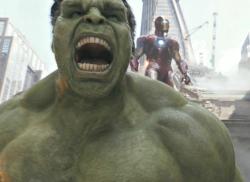 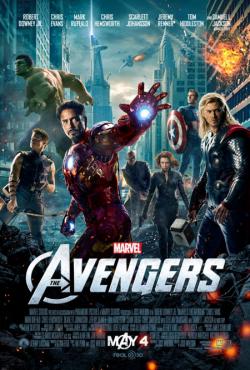