Lions and tigers and bears in 3D, OH MY!

Yep, you heard me. Warner Bros is taking to the 1939 classic The Wizard of Oz and giving it a 3D make over to celebrate the company's 90th anniversary. It is scheduled to arrive on DVD and Blu-Ray in the fall of 2013.

There is much debate as to wether or not this is moral on Warner Bros' end, but everyone has been doing it recently. Why wouldn't the studio powerhouse take its most lucrative and successful film and re-release it? 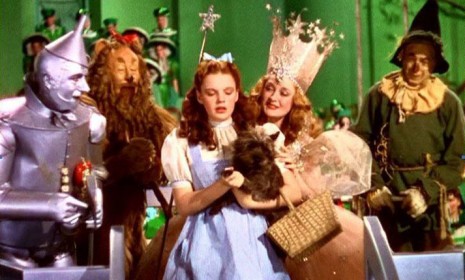 I agree with the argument that The Wizard of Oz is perfectly fine the way it is and needs not to be changed in anyway to enhance its timeless charm and cinematic beauty. But at the same time I do see how tempting it would be to want to cash in (again) on the wildly popular movie. After all, it will be pretty creepy/awesome to see all those terrifying flying monkey's in 3D. Not to mention all the those adorable munchkins and Glinda's fab bubble outfits pop off the screen as well.

If you guys only had a brain you'd go and check it out once it hits theater's this time next year. I'll see you there, my pretties. I could go on and on... but you get the idea. 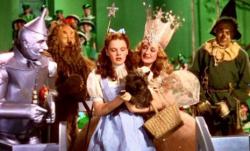