There are two main categories of 3D glasses to choose from when you want to watch anything 3D: active and passive. Active glasses use electrical power and interact wirelessly to the TV or movie system in order to create a 3D image, while passive glasses do not use electrical power (thus the active/passive name) and are the "old-fashioned" type of glasses that have been around in some form for nearly a century! Passive glasses are further divided into either anaglyphic or polarized. Read on young grasshopper!

Active Glasses
The first thing to know about active 3D glasses is that they do require a power source to the lenses. Most active glasses use LCD shutter lenses to open and shut at different times, thus showing each eye a separate image. Shutter glasses usually need to be synced with the video source to provide the correct 3D imaging. These glasses were powered by a wire back in the day, but are now powered by small batteries and use infrared syncing signals like a television remote. These glasses get the benefit of full color and image information (since the pictures aren’t being laid together on top of each other like with passive glasses, we will get to that in a second). Are their any problems with active 3d glasses? Yep! Shutter glasses are always more expensive than passive 3D glasses do to their complex nature. You can expect to pay anywhere between fifty to a hundred dollars for just one pair, although some 3D TVs include them for free. Also, active 3D glasses do not deliver the right and left eye images at the same time, so the frame rate gets cut in half. The advantage of full color often helps consumers overlook the frame rate issues, though.

Passive Glasses
Passive 3D glasses do not need a source of power. These glasses are much cheaper because of that fact. Anaglyph glasses (the ones with the red and blue lens) are usually made out of simple material (often times just paper and cellophane). These are not very "high tech" in terms of 3D glasses, but still tons of fun. They are super-affordable, but cause the viewer to lose some or most of the color… Bye-bye blue's and red's!

Next up is Polarized 3D glasses (these are the ones you get at the movie theater). Each lens of a polarized pair of glasses use a differently polarized filter that correlates with a differently polarized image on the screen. These two separate images are shown at the same time - thats is why the image is blurry when you take the glasses off! Polarized glasses are available in two separate forms. One is circular polarized, and the other is linear polarized. The linear type requires a viewer to keep a certain straight ahead position because if you tilt your head to the right or left, you could loose the 3D effect completely. This is because one eye sees a horizontally polarized image and the other vertically polarized image. You don't see linear glasses around much anymore, because lets face it; They suck! The circular polarized lenses make this problem go away but require special equipment… which is the reason why they are used in big expensive movie theaters. So, they are more expensive in the long run and not capable of being used in a home system.

Ready to hop into the 3D world? Grab a pair of our super-awesomely-official 3Dgeeks glasses for just $1 and check out some of the cool images and videos scattered throughout our website! 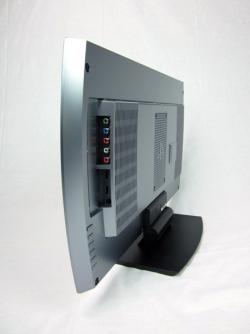 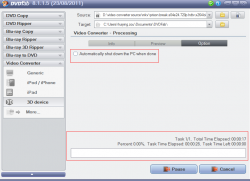