Made In Space announced today that thier 3D printer,specially designed for use on the International Space Station (ISS) is ahead of schedule and will now luach with the SpaceX CRS-4 in August 2014.


Quote:"The first series of items intended to be 3D printed on the ISS were also tested and will serve as ground controls. The printer will create objects layer by layer using extrusion-based additive manufacturing techniques. Testing of the 3D printer in microgravity is part of the “3D Printing in Zero-G Technology Demonstration” project, a joint venture made possible by a Small Business Innovation Research (SBIR) Awardbetween Made In Space, Inc. and NASA’s MSFC. This experiment is intended to validate the use of Additive Manufacturing, commonly referred to as 3D Printing, in space. This will be the first manufacturing device designed for off-planet use and is an essential technology required for future exploration endeavors."

Made In Space and NASA began a joint venture on this project over a year ago. Really, besides the praticle nuts and bolts isdssues that a 3D Printer would solve. who wouldn't want a real live replicator in space? And please don;t tell me I wouldn't be the only one tempted to walk up the the new machine and say, "Earl Grey. Hot.", just to see.... 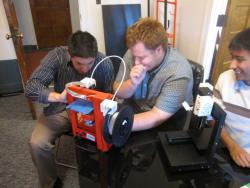 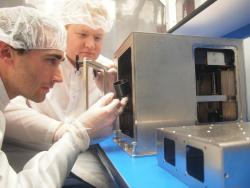 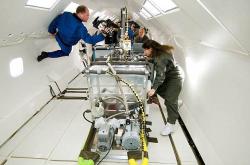