Take that, Kinect! This software lets you use any standard 2D camera for 3D motion control. Coming to a computer and TV near you!


Extreme Reality (XTR3D), has launched a revolutionary product just moments ago at the CES convention. It turns your boring old 2D camera into a full-body motion control system for full interactive gaming, just like the Microsoft Kinect does.

Actually, this is going to put Microsoft Kinect out of business.

There is no extra hardware you need, its purely software.

Extreme Reality previewed the software at CES on Windows and Android systems with a bunch of motion-control games like PandaMania, which has you controlling a dancing panda (awwww).

The software requires a quick full-body calibration in which users raise their arms before starting a game, but its really no big deal. 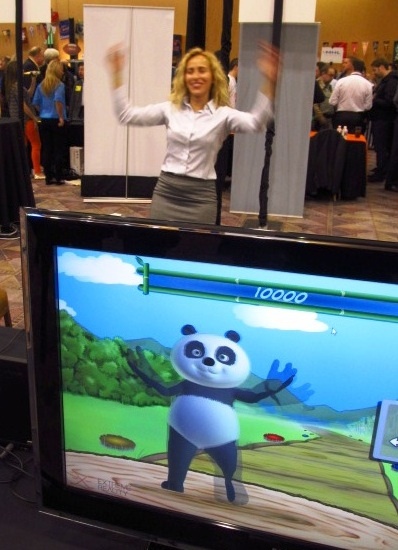 The motion-capture is reported to be not the most accurate in the world, but does a good job considering its using a simple 2D camera. The other cool feature is the palm-tracking Extreme User Interface gesture control that allows you to use hand gestures instead of a mouse. And since almost every computer comes with a built-in camera these days, I could see this technology being very useful, very soon.

Unfortunately, the software hasn't been released to consumers like you and me yet. But, the XTR3D is already in Samsung Series 5 and Series 7 Windows 8 PCs, as well as some NEC PCs, and is looking for developers to start using their SDK. It's even coming with Haier Smart TVs including a full game bundle. Nice! 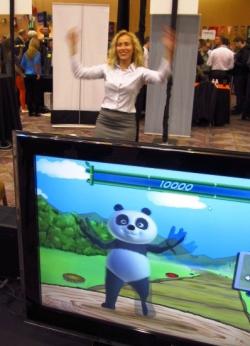