The device will utilize touch screen as well as stereoscopic cameras to allow users to interact with games in 3 dimensions.


Sony files a patent for a a new device the call EyePad (The sound you hear is Apple Lawyers sharpening their fangs). The device will have multiple levels of input control that have become the norm; Joystick, motion sensors, touch screen, etc. In addition, they have added steroscopic cameras which will allow a user to interface with the device - with depth.

"The stereoscopic cameras can therefore provide stereo images for complementary sides of the common volume, from each of which so-called disparity mapsor depth maps can be generated. A disparity or depth map describes the distance between corresponding
points in the left and right stereo images, and the closeness of two corresponding points to the stereo camera is related to the size of the disparity between the two corresponding points in the images according to a known relationship. Points of correspondence may be found by cross-correlation between the left and right images, or by other suitable techniques known in the art. Consequently if an object (such as a user’s hand or an ornament) is placed within the common volume, complementary images and depth maps for both sides of the object can be obtained. Combining depth maps from two known positions on either side of an object provides a representative estimate of the 3D shape of the object, in an analogous fashion to two halves of a
mould being combined to define the shape of a complete object. "

So for example, if you wanted to draw a ball - instead of a flat circle, you could draw a round sphere in the air and the device could make a correct extrapolation. Or, perhaps you have a new augmented reality app could then interact in 3 dimensions interact. Even a simple basketball game could have a much more realistic feel to it since the EyePad can sense motion, pressure and depth.

There is no time frame on development or even if it is in the pipeline, but it is interesting to think about.

Are you a total patent geek? If so you can read the complete filing here: European Patent Application 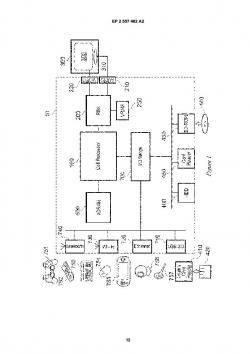 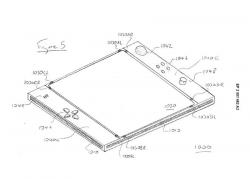